Is the Stress Test necessary?

The stress test was introduced last fall to all applicants of insured mortgages (those with less than 20% down), but has now been extended to all mortgage applicants including uninsured borrowers, as that group comprises a larger segment of the mortgage market. The test requires an applicant’s income to qualify them for mortgage repayments at the Bank of Canada’s five-year posted rate – higher than the discounted rate they would pay in reality, and currently 4.89% – to create a buffer against future rate rises and any financial difficultieshttps://www.rew.ca/news/stress-test-for-all-mortgages-to-launch-in-new-year-1.23068135

Many in the industry are questioning the need for this 'stress test' for mortgages with more than 20% down, so I thought a look at the Mortgage Arrears Rate over the last 20-years compared to the 5 Year Mortgage Rate over the same period might be interesting. 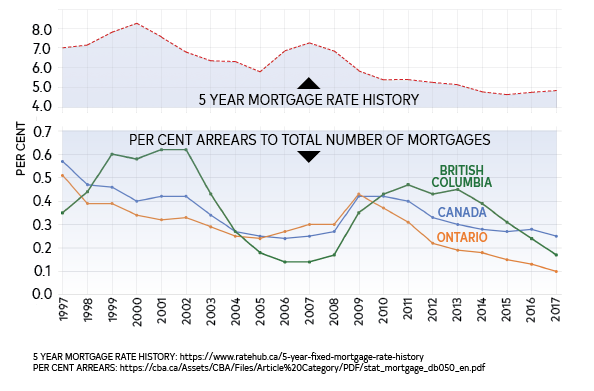 In Ontario, British Columbia, and Canada the percentage of arrears to the total number of mortgages is the lowest it has been in a decade. Although Toronto and Vancouver are seen as Canada's most overheated markets, mortgage arrears in Ontario and BC are at 0.10% and 0.17% respectively as of July 2017—lower than the Canadian average and the two lowest in Canada. (Quebec and Manitoba are next lowest at 0.30%.)
Not surprisingly a comparison of the two graphs shows a correlation between high interest rates and an increase in the number of arrears. Of course, interest rates are not the only factor affecting the number of arrears. The economy and politics play a role as well, and are arguably responsible for the volatility BC demonstrates in the Per Cent Arrears graph—we are still the wild west!
Some industry pundits suggest the move is aimed at cooling the Toronto and Vancouver markets, while others suggest it is simply to buttress the banking system.
"The Fraser Institute said its study “finds the case for implementing the stress test is weak and not necessary given the existing supervisory framework.”
"Likely negative outcomes that the group outlines include:
"The group points out that the rate of residential mortgage arrears is extremely low, as Canadians are not in general overleveraged on their mortgages."
https://www.rew.ca/news/new-mortgage-stress-test-for-all-will-do-more-harm-than-good-1.23061932
The actions of OSFI are no doubt influenced by the decade-old housing crisis in the USA. It's enlightening to see the stability in Canada demonstrated by a comparison with USA mortgage arrears stats over the last 15 years. 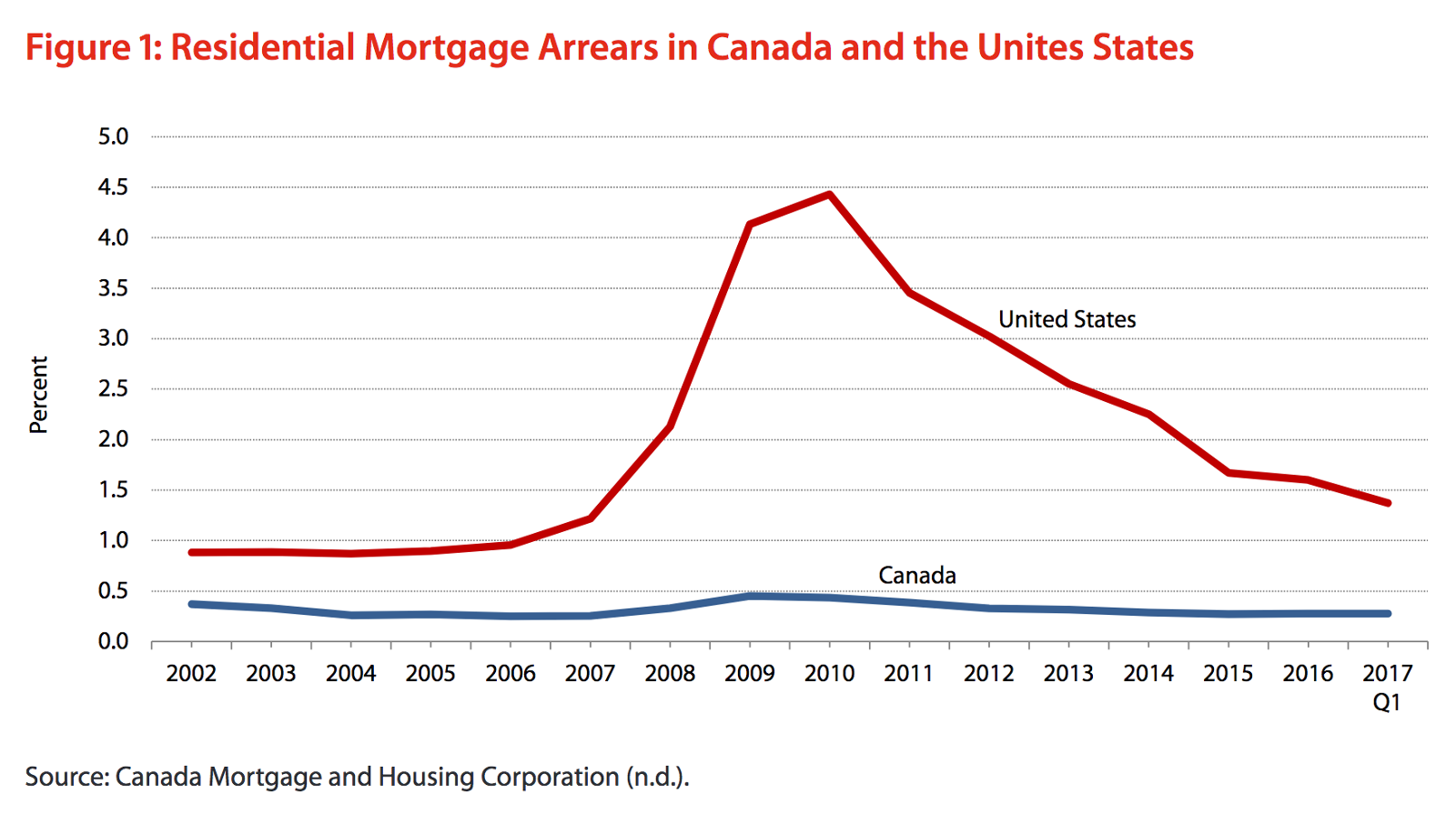 https://www.fraserinstitute.org/sites/default/files/uninsured-mortgage-regulation-from-corporate-governance-to-prescription.pdf
I don't pretend to be a pundit, nor am I armed with all the information held by the big banks, the Bank of Canada, and the Office of the Superintendent of Financial Institutions (OSFI), but on the surface applying the Stress Test to mortgages with greater than 20% down seems to be overkill, and may have unintended consequences.