In August 2016, the Government of BC implemented a Foreign-buyers Tax, a City of Vancouver Vacancy Tax, and changes to the Property Transfer Tax, in anticipation that reducing the pressure from foreign buyers on the lower mainland housing market would counter the affordability crisis.

The communities used in this comparison are the REBGV (combined results for municipalities governed by the Real Estate Board of Greater Vancouver), West Vancouver, North Vancouver, Vancouver, and Bowen Island. Data deals with detached homes only as this is currently the only category reported for Bowen Island). This comparison starts at the end of February 2015, prior to the implementation of the new taxes in August 2016, and ends at the end of February 2018. 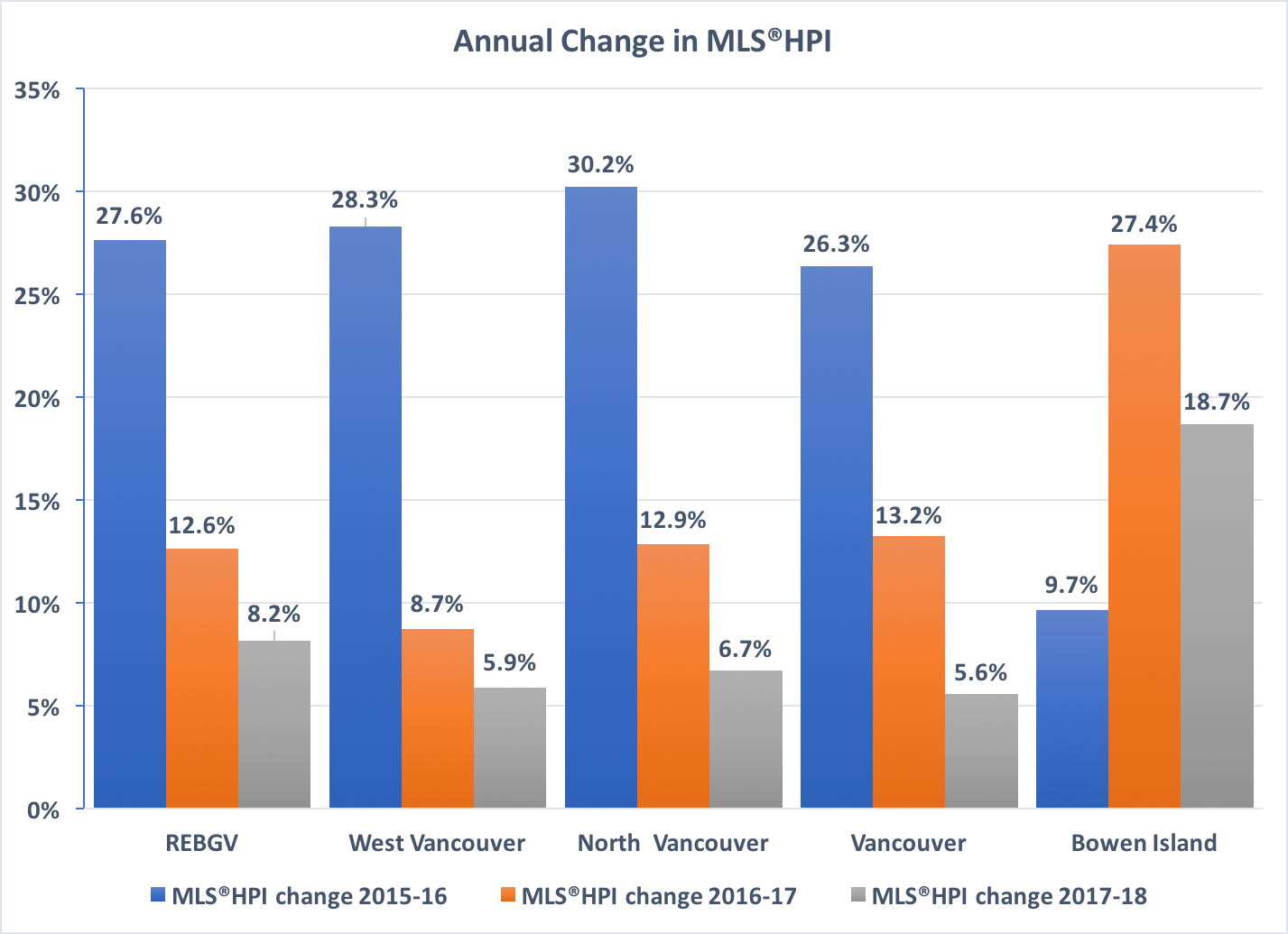 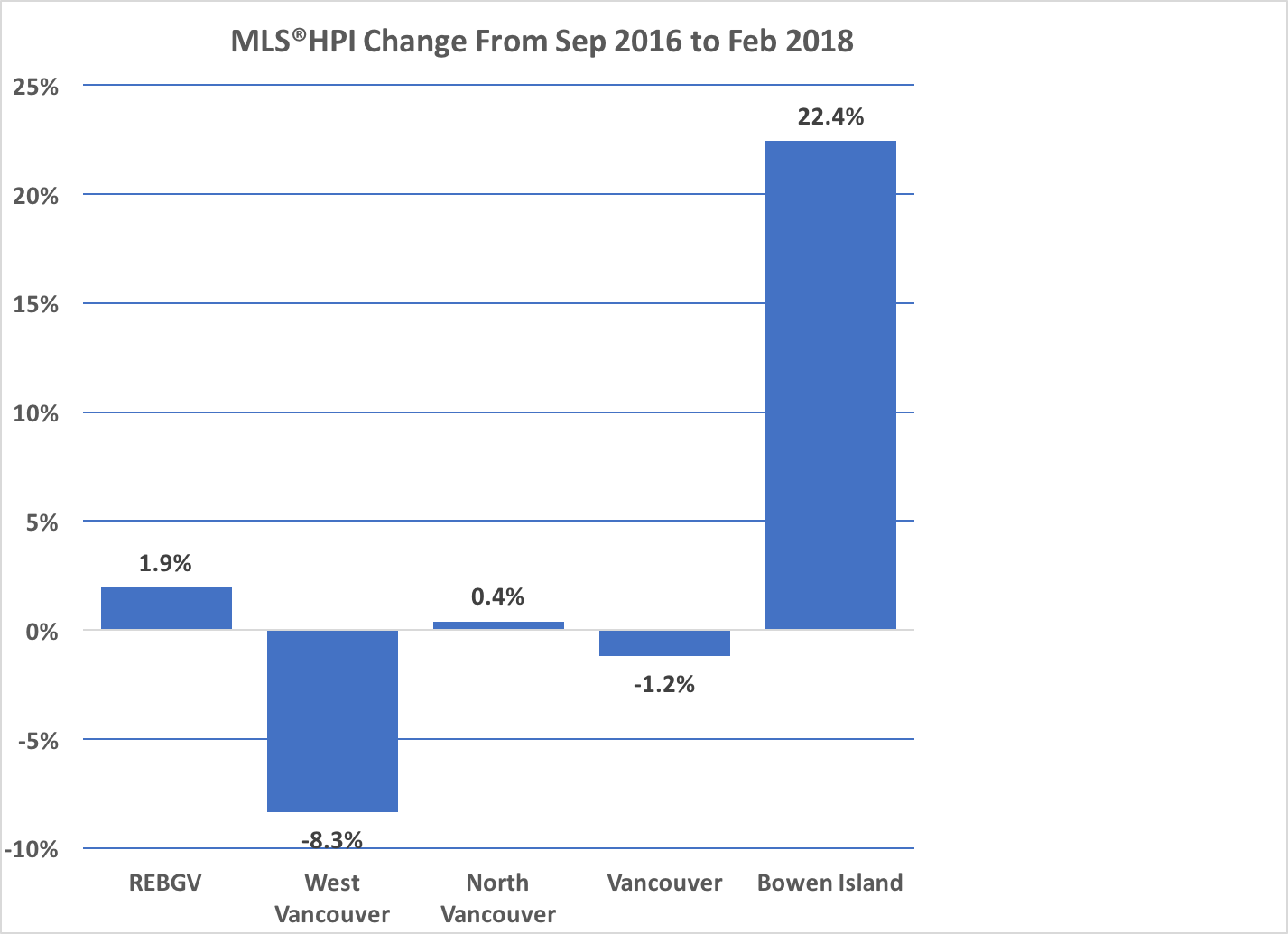 Bowen Island property owners lost significant real estate value in 2008 and recovery did not begin in earnest until 2014. An apparent lack of foreign buyer interest in island properties protected it from the very dramatic price gains in other Metro communities.

The government’s latest strategy, the speculation tax, is aimed at increasing the availability of accommodation rather than addressing affordability, and is designed to encourage owners to rent summer homes, empty homes and homes purchased for speculative reasons to long-term tenants; however, Bowen Island, along with other island communities, has been excluded from the speculation tax.

It appears Bowen Island, historically an anomaly or outlier in the Metro Vancouver market, will continue to be the exception rather than the rule going forward.